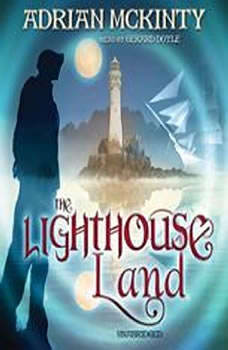 Introducing the first young adult novel from crime fiction writer Adrian McKintywhose adult books have been called unputdownable (Washington Post), exceptional (San Francisco Chronicle), and profoundly satisfying (Booklist)this is the start of an epic scifi trilogy with an unforgettable hero. When Jamies mother inherits a small island and moves her little family from Harlem to Ireland, her troubled son sees a chance to start over, far away from the bullies and the pitying stares. Cancer has left Jamie without an arm or the will to speak. But Muck Island is no sanctuary, and it offers more than solitude and sea views. Jamie learns that he is heir to an ancient titleLaird of Muck, Guardian of the Passageand certain otherworldly responsibilities. With the help of a mysterious object he discovers in the islands old lighthouse, Jamie sets out on a dangerous interstellar mission that could change the course of his lifeand the universeforever. Tautly paced and brilliantly imagined, this novel will thrill scifi fans eager for new heroes and new worlds to explore.