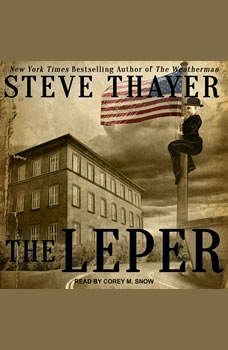 John Eric Severson is a veteran of the First World War, a Marine Corps captain who once got lost in a forest behind enemy lines and unknowingly led his men into a leper colony. Now, five years later, he is an idealistic schoolteacher in a tough, working-class neighborhood where earning a high school diploma is something most of his students can only dream about. Severson vows to educate every one of them. But he quickly learns there is one student the tall, handsome Swede cannot control. The lovely Bernice DuFresne. Her wit and charm are no match for him, and halfway through the school year he swears at himself for falling in love with one of his own students. Their love affair is of the highest risk, but they manage to hold on to their secret until the fateful day he is diagnosed with the dreaded disease and literally chased from the school. Stalked by the ghosts of his past, Severson begins an odyssey that takes him down the Mississippi River and into the swamps of Louisiana . . . to a colony so miserable its existence is only rumored. His desperate escapes from this hellhole become murderous as he tries to return to a place and time, and to a woman, that he loved. Finally, banished to the Hawaiian island of Molokai, and still hoping to one day return home, he becomes a leprosy settlement sheriff . . . and a living legend.