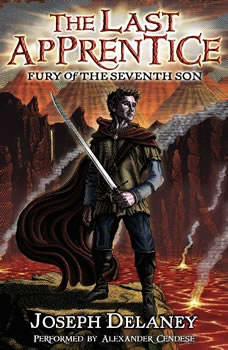 The Last Apprentice: Fury of the Seventh Son (Book 13)

He's the seventh son of a seventh son.He's the only one who can stop the greatest evil.Tom Ward, the Spook's last apprentice, has everything he needs to vanquish the Fiend, once and for all: the three blades recovered from the dark, the gifts from his witch mother, and the skills he's learned from Master Gregory. And Alice, the one he loves most, is willing to sacrifice herself to fulfill the spell.Or is she?Racing against time, all of Tom's old allies—and old enemies—return. They will clash in a final battle more epic than any he has fought before. And a danger Tom never dreamed of will be revealed.Who will survive? Are you brave enough to find out?This is the final volume of the internationally best-selling Last Apprentice series.