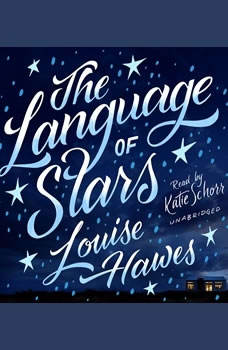 The Language of Stars

Sarah is forced to take a summer poetry class as penance for trashing the home of a famous poet, in this fresh novel about finding your own voice. Sarah has had her happy ending: she is at the party of the year with the most popular boy in school. But when that boy turns out to be a troublemaker who decided to throw a party at a cottage museum dedicated to renowned poet Rufus Baylor, everything changes. By the end of the party, the whole cottage is trashedcurtains up in flames, walls damaged, mementos smashedand when the partygoers are caught, theyre all sentenced to take a summer class studying Rufus Baylors poetrywith Baylor as their teacher. For Sarah, Baylor is a revelation. Unlike her mother, who is obsessed with keeping up appearances, and her estranged father, for whom she cant do anything right, Rufus Baylor listens to what she has to say and appreciates her ear for language. Through his classes, Sarah starts to see her relationships and the world in a new light and finds that maybe her happy ending is really only part of a much more interesting beginning. The Language of Stars is a gorgeous celebration of poetry, language, and love from celebrated author Louise Hawes.