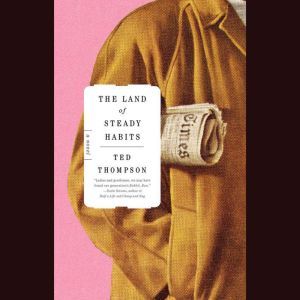 The Land of Steady Habits

Ted Thompson's shrewdly funny and finely observed novel about a man who must reckon with the high cost of the good life. Now a major motion picture streaming on Netflix, directed by Nicole Holofcener, and starring Ben Mendelsohn, Edie Falco, and Connie Britton.For Anders Hill, long ensconced in the affluent, insular villages of suburban Connecticut that some call "the land of steady habits," it's finally time to reap the rewards of his sensibly-lived life. Newly retired after decades of doing everything right, Anders finds that the contentment he's been promised is still just out of reach. So he decides he's had enough of stability: he leaves his wife, buys a condo, and waits for freedom to transform him.But as the cheery charade of Christmas approaches, Anders starts to wonder if parachuting out of his old life was the most prudent choice. Stripped of the comforts of his previous identity, Anders turns up at a holiday party full of his ex-wife's friends and is surprised to find that the very world he rejected may be the one he needs the most. Thus Anders embarks on a clumsy, hilarious, and heartbreaking journey to reconcile his past with his present.Reminiscent of the early work of Updike and Cheever, Ted Thompson writes with a striking compassion for his characters and fresh insight into the American tradition of the suburban narrative.