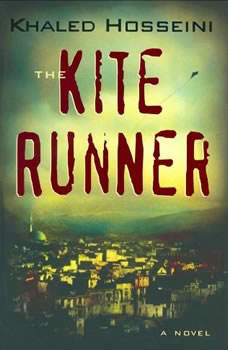 A Stunning Novel of Hope and RedemptionTaking us from Afghanistan in the final days of the monarchy to the present, The Kite Runner is the unforgettable and beautifully told story of the friendship between two boys growing up in Kabul. Raised in the same household and sharing the same wet nurse, Amir and Hassan grow up in different worlds: Amir is the son of a prominent and wealthy man, while Hassan, the son of Amir's father's servant, is a Hazara -- a shunned ethnic minority. Their intertwined lives, and their fates, reflect the eventual tragedy of the world around them. When Amir and his father flee the country for a new life in California, Amir thinks that he has escaped his past. And yet he cannot leave the memory of Hassan behind him.The Kite Runner is a novel about friendship and betrayal, and about the price of loyalty. It is about the bonds between fathers and sons, and the power of fathers over sons -- their love, their sacrifices, and their lies. Written against a backdrop of history that has not been told in fiction before, The Kite Runner describes the rich culture and beauty of a land in the process of being destroyed. But through the devastation, Khaled Hosseini offers hope: through the novel's faith in the power of reading and storytelling, and in the possibilities he shows us for redemption.

This is the story of a man and his path to redemption. Amir grew up in Afghanistan before the monarchy fell, and before they were invaded by the Russians. He had a father that he could not seem to please and a best friend that he could not seem to disappoint. Quite early in the novel Amir wrongs his friend, moves to America, and grows into a man burdened by guilt. So when he gets the chance to right the wrongs committed in his life, will he rise to the challenge? This is an excellent book that will engage the reader from page one. Some parts will make you laugh, some will make you cry, and some will make you want to turn your head to keep from reading what you know is about to happen.

This is one of the best books I have ever read.

I read this book last year and loved it. Hosseini has a way of telling a story that draws you in and shows you his people and culture in a way that you can relate. I fell in love with the characters in this book and both wanted an ending and wanted it to go on forever. He has a unique way of showing you the beauty and cruelty of the human heart without making you feel hopeless...but hopeful for a people americans know little about.

I was so engrossed into this story, from Chapter One. The author narrates his own story, and he did a great job. This story is poignant and yet very riveting. The story is fiction, but the descriptions of life in Afghanistan is fact. This story is not what I would, typically, choose. I'm glad that I read this story. It's not about Kites! It's about two boys, born in Afghanistan who grow up together. One lives the life of privilege and the other lives the life of a servant. It's about devoted friendship, betrayal and trying to make amends for wrongs done. I cannot wait to ready his newest book!

here is a smart book that reads like a for fun book. the main character grew up in afghanistan, right before all the trouble started, and he narrates his childhood, then coming to the US. you get right into the book, and i kept checking to make sure it wasn't a true story. of course i had known that it wasnt always horrible over there, but this reminded me... especially when the dad was yelling at his daughter for not going to school to become a doctor. that is not what we expect to hear. when the guy goes back to his country years after he escaped, we see the country ruined, as it is now, and it's very sad. definitely read this book, it has quality content as well as an engaging writing style.