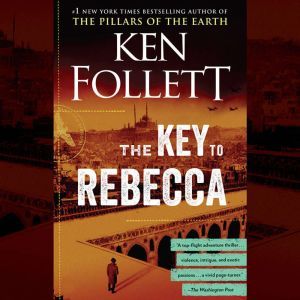 The Key to Rebecca

Ken Follett’s The Key to Rebecca took readers and critics by storm when first published more than twenty years ago. Today, it remains one of the best espionage novels ever written. Look out for Ken's newest book, A Column of Fire, available now.

A brilliant and ruthless Nazi master agent is on the loose in Cairo. His mission is to send Rommel’s advancing army the secrets that will unlock the city’s doors. In all of Cairo, only two people can stop him. One is a down-on-his-luck English officer no one will listen to. The other is a vulnerable young Jewish girl. . . .