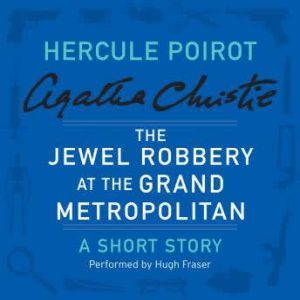 The Jewel Robbery at the Grand Metropolitan: A Hercule Poirot Short Story

Hercule Poirot and Captain Hastings are on holiday at the opulent Grand Metropolitan Hotel in Brighton, where they meet the wife of a wealthy stockbroker. As they discuss the jewels worn by Mrs. Opalsen, the great detective relates his experiences in cases which have concerned some of the best-known jewels in the world. Excited by his anecdotes, the wealthy matron eagerly offers to show him a very expensive pearl necklace, but when she goes to retrieve it, she discovers that it has been stolen...