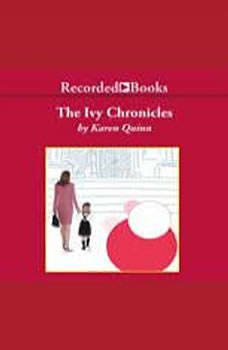 Fans of New York Times best-seller The Nanny Diaries will rejoice in this wickedly hilarious novel. Ivy Ames loses her job and husband in the same day. To pay for her daughters’ private schooling, she starts a new business helping wealthy Manhattanites get their résumé-toting youngsters into the best kindergartens. Soon her clients include media moguls, mob bosses and a lesbian couple that believes their adopted African-American disabled son is “the triple crown of diversity,” who schools will clamor to enroll. Prepare to laugh uncontrollably—and possibly be a little frightened—by this witty look at our sometimes preposterous society.

A Total Waste of Makeup
by Kim Gruenenfelder

Charlize "Charlie" Edwards certainly knows, in theory, what it takes to lead a successful and happy life. She owns a nice house in Silverlake, the trendiest neighborhood in L.A. She has glamorous and loyal friends who accompany her to the hottest cl...

The Botox Diaries
by Janice Kaplan

In a world where plastic surgery is as popular as a pair of sexy Manolo Blahniks, suburban single mom Jessica Taylor is trying to make it past forty with nothing more than moisturizer and a swipe of mascara. Her glamorous best friend, TV producer Lu...