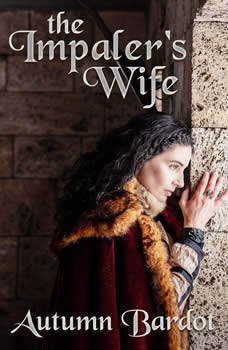 A young woman is swept into a life of intrigue, revenge, passion, and betrayal when she falls for the world's most notorious prince, Vlad Dracula. The year is 1464. King Matthias controls Hungary, his family, and the fate of the world's most notorious political prisoner, Prince Vlad Dracula. Ilona Szilágy, the king's cousin, is young and ambitious. Dracula is determined to marry into the family. It is love at first sight, but the king has other plans. The Impaler Prince, however, never takes no for an answer. This begins Ilona's journey into the treacherous world of court intrigues, family betrayals, and her husband's dark desires. Eager to become Vlad's trusted confidant, Ilona soon discovers that marriage to a man tortured by his past comes with a price. Woven throughout is a peek into the life and times of one of the world's most enigmatic and maligned rulers . . . the man before the legend. The Impaler's Wife offers a fierce yet sensuous glimpse into the violent fifteenth century. Contains mature themes.

Heart of Shadows
by Paula Quinn

Heart of Ashes
by Paula Quinn