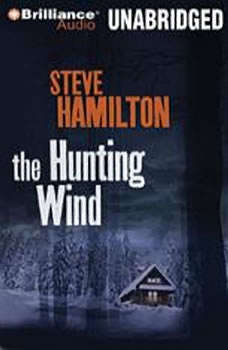 In an unprecedented literary feat, Steve Hamilton’s debut novel, A Cold Day in Paradise, captured both the prestigious Edgar and Shamus awards. Now the bestselling author presents the third installment in his critically acclaimed mystery series: a complex, atmospheric tale that will plunge listeners back into icy, unpredictable Alex McKnight territory, where the private investigator finds himself doing a favor for an old friend – but this favor could cost him his life… In the remote, wintry reaches of Michigan’s Upper Peninsula, it’s hard for a man to remember what springtime is like, let alone Spring Training. But when a former teammate tracks him down, erstwhile minor league player Alex McKnight is instantly transported back to the good old Toledo dugout, circa 1971. Unfortunately, Randy Wilkins didn’t trek 3,000 miles to the bleak shores of Lake Superior to sit by the fire with a couple of imported beers, dissecting the past, inning by glorious inning. He’s here to pitch a proposal: that Alex help him find the woman with whom he had a brief, passionate affair three decades ago. Who is Alex to deny a fellow the chance to ward off classic midlife chill by rekindling an old flame? What he doesn’t consider is that there might be a good reason the mysterious, missing Maria is more elusive than a starting position in the majors – and that his trusted old pal might not have told him the whole score…