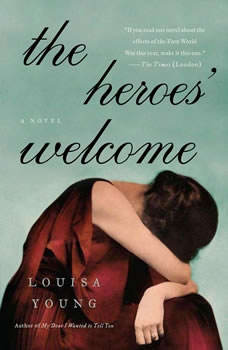 April 1919. Six months have passed since the armistice that ended the Great War. But new battles face those who have survived.Only 23, former soldier Riley Purefoy and his bride, Nadine Waveney, have their whole lives ahead of them. But Riley’s injuries from the war have created awkward tensions between the couple, scars that threaten to shatter their marriage before it has truly begun.Peter and Julia Locke are facing their own trauma. Peter has become a recluse, losing himself in drink to forget the horrors of the war. Desperate to reach her husband, Julia tries to soothe his bitterness, but their future together is uncertain.Drawn together in the aftermath of the war, the couples become tightly intertwined. Haunted by loss, guilt, and dark memories, contending with uncertainty, anger, and pain, they are left with the question: is love strong enough to help them move forward?The incandescent follow up to the international bestseller My Dear I Want to Tell You, The Heroes’ Welcome is a powerful and intimate novel chronicling the turbulence of 1919—a year of perilous beginnings, disturbing realities, and glimmerings of hope.