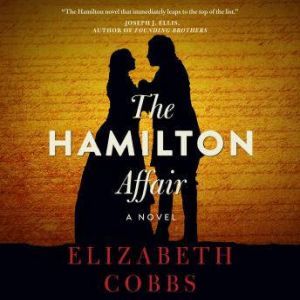 Set against the dramatic backdrop of the American Revolution, and featuring a cast of iconic characters such as George Washington, Thomas Jefferson, and the Marquis de Lafayette, The Hamilton Affair tells the sweeping, tumultuous, true love story of Alexander Hamilton and Elizabeth Schuyler, from tremulous beginning to bittersweet ending—his at a dueling ground on the shores of the Hudson River, hers more than half a century later after a brave, successful life.Hamilton was a bastard son, raised on the Caribbean island of St. Croix. He went to America to pursue his education. Along the way he became one of the American Revolution’s most dashing—and unlikely—heroes. Adored by Washington, hated by Jefferson, Hamilton was a lightning rod: the most controversial leader of the American Revolution.She was the well-to-do daughter of one of New York’s most exalted families—feisty, adventurous, and loyal to a fault. When she met Alexander, she fell head over heels. She pursued him despite his illegitimacy, and loved him despite his infidelity. In 1816 (two centuries ago), she shamed Congress into supporting his seven orphaned children. Elizabeth Schuyler Hamilton started New York’s first orphanage. The only “founding mother” to truly embrace public service, she raised 160 children in addition to her own.With its flawless writing, brilliantly drawn characters, and epic scope, The Hamilton Affair will take its place among the greatest novels of American history.