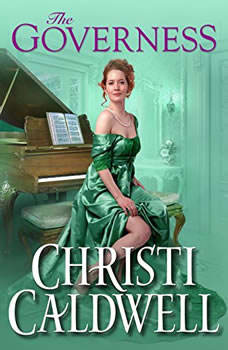 Rivalry, romance, and scandal run hot in this Wicked Wallflowers novel from USA Today bestselling author Christi Caldwell.Regina (Reggie) Spark has loved Broderick Killoran, the resourceful and protective proprietor of the Devil’s Den, ever since he saved her from the streets and made her his right hand at the notorious gaming hell. For just as long, Reggie has never admitted her true feelings for him. Nor has she revealed her spirited ambitions—to buck convention and expectations and open a music hall.While Broderick built his gaming empire with ruthless cunning, his loyalty to his employees is boundless. So when he learns of Reggie’s plan to leave his side and take charge of her own future, the betrayal cuts Broderick to the core. He responds as he would to any business rival…with swift retribution.Instead of wilting, the savvy Reggie rebounds with a fury that shocks Broderick and stirs a desire he’s been holding in reserve for only ladies of nobility. But as their seductive battle of wills ignites under the harsh spotlight of the London Season, secrets are exposed as well—ones that could be ruinous in decent society but invaluable for the heart.