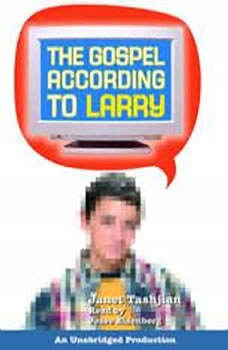 The Gospel According to Larry

Josh Swensen is not your average 17-year-old. At the age of two, he was figuring out algebraic equations with colored magnetic numbers. He is a prodigy who only wants to make the world a better place. Josh’s wish comes true when his virtual alter ego, Larry, becomes a huge media sensation. Larry has his own Web site where he posts sermons on anti-consumerism and has a large following of adults and teens. Meanwhile, Larry’s identity is a mystery to everyone. While it seems as if the whole world is trying to figure out Larry’s true identity, Josh feels trapped inside his own creation. What will happen to the world, and to Larry, if he is exposed?

Kids of Appetite
by David Arnold

Piecing Me Together
by Renee Watson