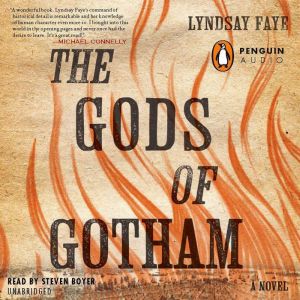 The Gods of Gotham

Timothy Wilde tends bar near the Exchange, fantasizing about the day he has enough money to win the girl of his dreams. But when his dreams literally incinerate in a fire devastating downtown Manhattan, he finds himself disfigured, unemployed, and homeless. His older brother obtains Timothy a job in the newly minted NYPD, but he is highly skeptical of this new "police force." And he is less than thrilled that his new beat is the notoriously down-and-out Sixth Ward-at the border of Five Points, the world's most notorious slum.

One night while making his rounds, Wilde literally runs into a little slip of a girl-a girl not more than ten years old-dashing through the dark in her nightshift . . . covered head to toe in blood.

Timothy knows he should take the girl to the House of Refuge, yet he can't bring himself to abandon her. Instead, he takes her home, where she spins wild stories, claiming that dozens of bodies are buried in the forest north of 23rd Street. Timothy isn't sure whether to believe her or not, but, as the truth unfolds, the reluctant copper star finds himself engaged in a battle for justice that nearly costs him his brother, his romantic obsession, and his own life. 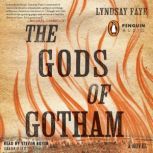 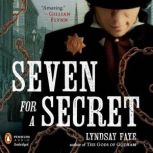 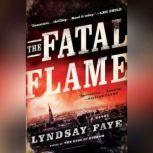 The Gods of Gotham
A Timothy Wilde Novel #1

Seven for a Secret
A Timothy Wilde Novel #2