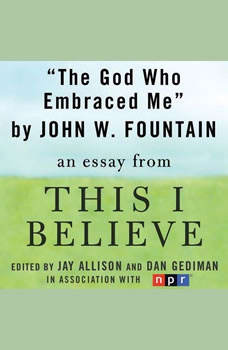 The God Who Embraced Me: A "This I Believe" Essay

John W. Fountain reflects on the importance of fathers, both biological and divine, in "The God Who Embraced Me", his contribution to NPR’s This I Believe series.