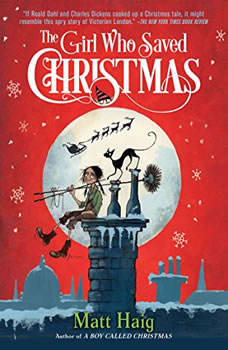 The Girl Who Saved Christmas

If magic has a beginning, can it also have an end?

When Amelia wants a wish to come true she knows just the man to ask—Father Christmas.

But the magic she wants to believe in is starting to fade, and Father Christmas has things other than impossible wishes to worry about: upset elves, reindeer dropping out of the sky, angry trolls—and the chance that Christmas might be cancelled.

Amelia isn’t just any ordinary girl, though. And as Father Christmas is going to find out, if he’s going to save Christmas, he might just need some help . . .