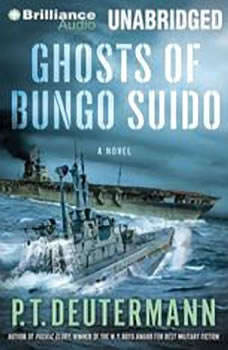 The Ghosts of Bungo Suido

A thrilling World War II adventure that moves from a daring submarine to a notorious Japanese prison camp and ends in a dramatic military court, by the Boyd Award–winning author of Pacific Glory In late 1944, America’s recapture of the Philippines is jeopardized by what seems an insurmountable threat from Japan: immense Yamato-class battleships, which dwarf every other ship at sea. Built in total secrecy, these 76,000-ton warships seem invincible. American military intelligence knows of two such ships, but there are rumors of a third, built not as a battleship but as an aircraft carrier. Now ready to go operational from Japan’s heavily defended and mined Inland Sea, a carrier of that size could disrupt the entire invasion effort. American bombers can’t reach the Inland Sea, so the Navy high command decides to send a submarine on a special mission to kill the carrier...assuming that it even exists. No American submarine has ever been able to penetrate the Inland Sea; five boats and their crews have perished in or around the main entrance strait, known as Bungo Suido. Lieutenant Commander Gar Hammond - an aggressive, ship-killing captain with a reckless streak - is now skipper of the Dragonfish, a new submarine. When Admiral Nimitz decides to try one more time, Hammond becomes the navy’s only hope to locate and stop the Japanese super-ship before it escapes into the open Pacific. P. T. Deutermann’s previous World War II adventure, Pacific Glory, won acclaim from readers and reviewers, and was honored with the W. Y. Boyd Literary Award for Excellence in Military Fiction, administered by the American Library Association. In Ghosts of Bungo Suido, Deutermann presents another sweeping, action-filled World War II novel, based on a true event from the Pacific theater.