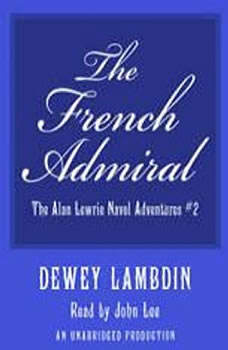 It is 1781 and the British-held American port of Yorktown on the Chesapeake Bay is under siege. Pounded by the American colonists on land and the deadly warships of their French allies at sea, the once proud city is in flames and near ruin. But on the horizon, the King's own fleet of heavily armed frigates heads full sail to blast through France's blockade. Aboard His Majesty's swift flagship DESPERATE, midshipman Alan Lewrie quickly sets his gunners to their lethal work, firing rapid broadsides of twenty-four pound shot at the enemy vessels. Cannon fire lights up the death-filled night as the fate of the King's Colonies hangs on the bravery of one young midshipman leading his ships into the fiery jaws of battle.