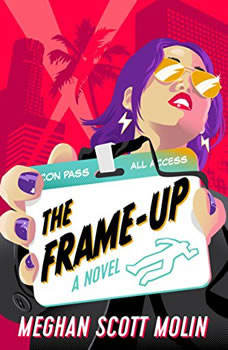 By day she writes comic books. By night, she lives them.MG Martin lives and breathes geek culture. She even works as a writer for the comic book company she idolized as a kid. But despite her love of hooded vigilantes, MG prefers her comics stay on the page.But when someone in LA starts recreating crime scenes from her favorite comic book, MG is the LAPD’s best—and only—lead. She recognizes the golden arrow left at the scene as the calling card of her favorite comic book hero. The thing is…superheroes aren’t real. Are they?When too-handsome-for-his-own-good Detective Kildaire asks for her comic book expertise, MG is more than up for the adventure. Unfortunately, MG has a teeny little tendency to not follow rules. And her off-the-books sleuthing may land her in a world of trouble.Because for every superhero, there is a supervillain. And the villain of her story may be closer than she thinks…