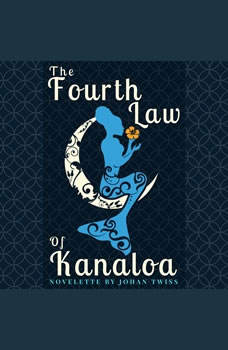 The Fourth Law of Kanaloa

"I broke the fourth law of Kanaloa. I made physical contact with a human." Running from her past, a jazz singer finds refuge on the Hawaiian paradise of Pearl Harbor. But her life is forever changed when Japanese fighters attack and a mysterious figure emerges from the sea to save her life. "Splendid fantasy...We continue to discover the depth of talent in Johan Twiss." -San Francisco Review of Books "A story of magic, music, miracles, and true love." - Heather Monson, Editor "A moving romance with a touch of magic. I was hooked." - Jen Johnson, Author of Scarlet

Lady Selene is the heir to the Great House of Ravenwood and the secret family gift of dreamwalking. As a dreamwalker, she can enter a person&#39;s dreams and manipulate their greatest fears or desires. For the last hundred years, the Ravenwood w...

North! Or Be Eaten
by Andrew Peterson

Janner, Tink, and Leeli Igiby thought they were normal children with normal lives and a normal past. But now they know they’re really the Lost Jewels of Anniera, heirs to a legendary kingdom across the sea, and suddenly everyone wants to kill ...

This second book in the Chiveis Trilogy continues the search for the New Testament in a world where the Bible has been lost. The Chiveis Trilogy takes readers hundreds of years into the future. War and disease have destroyed civilization as we kno...

The Warden and the Wolf King
by Andrew Peterson

All winter long, people in the Green Hollows have prepared for a final battle with Gnag the Nameless and the Fangs of Dang. Janner, Kalmar, and Leeli--Throne Warden, Wolf King, and Song Maiden of Anniera--are ready and willing to fight alongside the...

"Close your eyes, Ela of Parne. Close your eyes and you will see." Ela Roeh of Parne doesn't understand why her beloved Creator, the Infinite, wants her to become His prophet. She&#8217;s undignified, bad tempered, and only seventeen&a...

A harrowing adventure inside enemy territory. Heather and Picket are plunged into the darkness of Morbin’s shadow, fighting to bear the flame of the cause and light the way for rabbitkind’s upright insurrection.Hope for a HealingWork for...

The Monster in the Hollows
by Andrew Peterson

Janner Wingfeather's father was the High King of Anniera. But his father is gone. The kingdom has fallen. The royal family is on the run, and the Fang armies of Gnag the Nameless are close behind.Janner and his family hope to find refuge in the ...

This novel of page-turning action and adventure poses the question, "If a society had no knowledge of Christianity, and then a Bible were discovered, what would happen?" Four hundred years after a deadly virus and nuclear war destroyed the modern w...

In books 1 and 2 of the Chiveis Trilogy, The Sword and The Gift, Teo and Ana find the Old and New Testaments, which had been lost for centuries. Their discoveries lead to new friendships and renewed faith within a small band of men and women working...