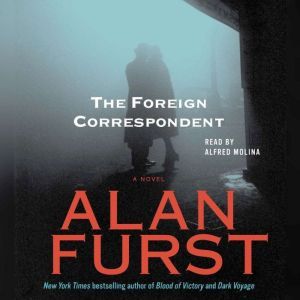 From Alan Furst, bestselling author of Blood of Victory and Dark Voyage, comes a thrilling saga of everyday people forced by their hearts' passion to fight in the war against tyranny. Paris, a winter night in 1938: a murder/suicide at a discreet lovers' hotel. But this is no romantic tragedy -- it is the work of the OVRA, Mussolini's fascist secret police, and is meant to eliminate the editor of Liberazione, a clandestine émigré newspaper. Carlo Weisz, a foreign correspondent with the Reuters bureau, becomes the new editor. Weisz is, at that moment, in Spain, reporting on the last campaign of the Spanish civil war. But as soon as he returns to Paris, he is pursued by the French Sûreté, by agents of the OVRA, and by officers of the British Secret Intelligence Service. In the desperate politics of Europe on the edge of war, a foreign correspondent is a pawn, worth surveillance, or blackmail, or murder. The story of a secret war fought in elegant hotel bars and first-class railway cars, in the mountains of Spain and the back streets of Berlin, The Foreign Correspondent is Alan Furst at his absolute best -- taut and powerful, enigmatic and romantic, with sharp, seductive writing that takes listeners through darkness and intrigue to a spectacular denouement.