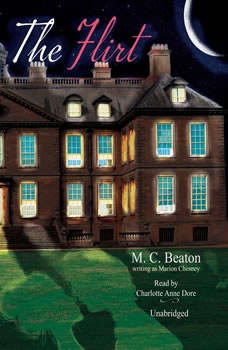 If I could have foreseen the future, I would have married the first man who asked me! Tongues were set wagging when Elizabeth Markhams glamorous young parents were killed, sinking their only child to the unspeakable class of poor relation. Forced to live with her cruel, miserly uncle Julius, Elizabeth is forbidden to partake in the seasons festivities. Marriage is her only escape, and she enacts a daring plan to trick her way into the Duke of Dunsters exclusive house party, to snare one of the eligible dandies sure to dance attendance on her. Her plan proceeds swimmingly, as Elizabeth flirts with all but the arrogant Lord Charles Lufford, considered to be quite a catch. She ignores him thoroughly until her uncle discovers her deception and Charles saves herby announcing their engagement! But Elizabeths troubles are far from over, for in her absence she had come into an inheritance. And her uncle, along with one other sinister party would rather see her perish than receive it.