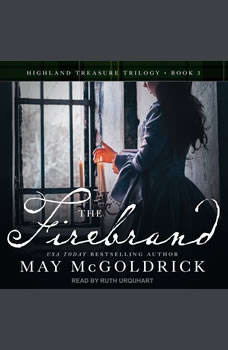 Three sisters each hold a key to their family's treasure—and to the hearts of three Highland warriors . . . Adrianne Percy was hidden in the Western Isles, safe from her family's enemies—until her sisters sent a notorious pirate to return her to the Highlands. But when she hatches a plan to free her kidnapped mother, it requires her to marry the handsome rogue. But what begins as a simple matter of business quickly flares into an uncontrollable desire. As Adrianne's heart smolders, their calculated arrangement threatens to ignite into a burning passion . . . Contains mature themes.