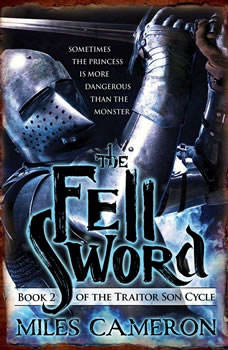 Miles Cameron weaves an epic tale of magic and mercinaries, war and depravity, politics and intrigue in this action-packed sequel to The Red Knight.Loyalty costs money. Betrayal, on the other hand, is free. When the Emperor is taken hostage, the Red Knight and his men find their services in high demand -- and themselves surrounded by enemies. The country is in revolt, the capital city is besieged and any victory will be hard won. But the Red Knight has a plan. The question is, can he negotiate the political, magical, real and romantic battlefields at the same time -- especially when he intends to be victorious on them all?Continue the adventure in Book 2 of Miles Cameron's epic medieval fantasy series, The Traitor Son Cycle.