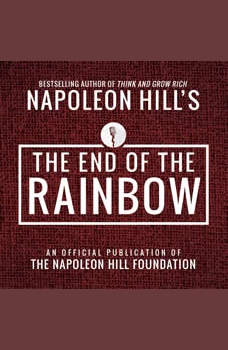 The End of the Rainbow:An Official Publication of the Napoleon Hill Foundation

"In 1922, Napoleon Hill was invited to give the commencement address at Salem College in Salem, West Virginia. He was 39 years old at the time, and he spoke of what he had learned from his failures in life up to that point. His personal adventures in the business world illustrated for the students the cyclical nature of success and failure as well as the lessons one can take away from each of life's experiences. Titled The End of the Rainbow, this commencement address is considered to be the most influential speech ever given by Hill. This audiobook is also included in Napoleon Hill's Greatest Speeches"

"There is an old saying that goes, “it’s not what you know, it’s who you know.” Even in today’s world this is still true. In Jumpstart Your Networking, Shawn Doyle CSP will share with you the tools, tips, and techniques...

Jumpstart Your Business:10 Jolts to Ignite Your Entrepreneurial Spirit
by Shawn Doyle CSP

Lifelong learning has become a multibillion-dollar business, with more than 60 million adults currently engaged in webinars, webcasts, in-house training, continuing education classes, and more. But it is also an industry in flux, as newcomers topple...

A Knowledge@Wharton Originals How business professionals are using MOOCs to further their careers and help their companies and teams succeed Since first making headlines in 2011, hundreds of universities across the world have begun offering thousan...

Don't Pay for Your MBA
by Laurie Pickard

Who needs a mountain of debt? Each year, the nation's top business schools are flooded with applications from people eager to pursue their MBA dreams. But those aspirations come at a steep price. According to U.S. News and World Report, the average ...

The Opposite of Spoiled
by Ron Lieber

We may not realize it, but children are hyperaware of money. They have scores of questions about its nuances that parents often don't answer, or know how to answer well. But for Ron Lieber, a personal finance columnist and father, good parenting me...

"This is the book I wished was available 30 years ago when I was desperate and broke with only a dream of one day being a millionaire. Now, as a multimillionaire, I want to share the wisdom I’ve gained from the journey and provide other travel...

Jumpstart Your Productivity:10 Jolts to Get and Stay Massively Productive
by Shawn Doyle CSP

"Are you productive? Would you like to be more productive? Are you frustrated that sometimes you have so much to do on your “to do” list that stuff ends up on the next day’s “to do” list? Well, good news, help is here a...

Improve Philosophy Departments by Cutting their Funding
by J.-M. Kuczynski

There is a presumption to the effect that specialization is about depth. This presumption, though true in some contexts, is false in others. And in those contexts where it is false, people hyper-specialize as a way of avoiding having to acquire inte...