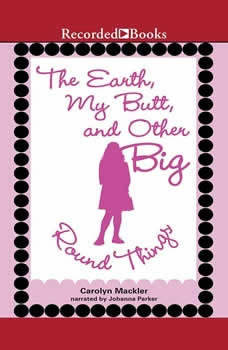 The Earth, My Butt, And Other Big Round Things

This irreverent, but touching tale is a 2004 Michael L. Printz Award Honor Book by acclaimed author Carolyn Mackler. Fifteen-year-old Virginia Shreves is overweight and doesn't have many friends, but wants to be like her family-picture perfect. What she knows about her family, however, slowly begins to change after one tragic phone call.