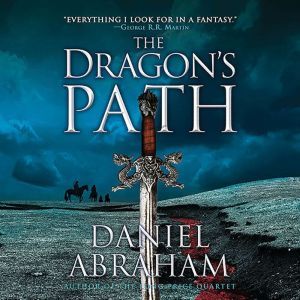 Series: The Dagger and the Coin #1

All paths lead to war...Marcus' hero days are behind him. He knows too well that even the smallest war still means somebody's death. When his men are impressed into a doomed army, staying out of a battle he wants no part of requires some unorthodox steps.Cithrin is an orphan, ward of a banking house. Her job is to smuggle a nation's wealth across a war zone, hiding the gold from both sides. She knows the secret life of commerce like a second language, but the strategies of trade will not defend her from swords.Geder, sole scion of a noble house, has more interest in philosophy than in swordplay. A poor excuse for a soldier, he is a pawn in these games. No one can predict what he will become.Falling pebbles can start a landslide. A spat between the Free Cities and the Severed Throne is spiraling out of control. A new player rises from the depths of history, fanning the flames that will sweep the entire region onto The Dragon's Path -- the path to war. The Dagger and the CoinThe Dragon's PathThe King's Blood The Tyrant's LawThe Widow's HouseThe Spider's WarWriting as James S. A. Corey (with Ty Franck)The Expanse (soon to be a major SyFy Channel television series)Leviathan WakesCaliban's WarAbaddon's GateCibola BurnNemesis Games

The Dagger and the Coin Bundle 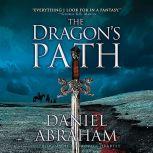 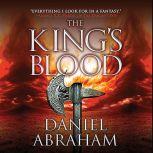 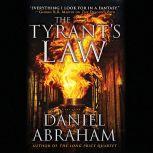 The Dragon's Path
The Dagger and the Coin #1

The King's Blood
The Dagger and the Coin #2

The Tyrant's Law
The Dagger and the Coin #3