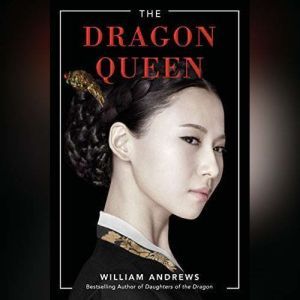 From the bestselling author of Daughters of the Dragon comes the story of one of the most extraordinary queens in history.As tensions rise on the Korean peninsula, US diplomat Nate Simon is sent to Seoul to gauge the political situation and advise the president. He also needs to find out why someone sent the president an ancient, intricately carved comb with an ivory inlay of a two-headed dragon. Though familiar with Korea’s language and culture, Nate knows little of its troubled history. Beautiful and mysterious embassy aide Anna Carlson believes it’s time he learns, starting with the extraordinary story of Korea’s last queen.Seoul, 1866. The beautiful orphan Ja-young is chosen to be the child bride of Gojong, Korea’s boy king. Highly intelligent but shy, Ja-young faces a choice: she can be a stone queen—silent and submissive—or she can be a dragon queen and oppose enemies and empires that try to rule Korea during the age of imperialism. Her choice leads her to forge a legend that will endure far beyond her lifetime.The more Nate discovers, the more he comes to realize that Queen Min’s story is still relevant today. Now the choice is up to him: be submissive and accepting…or change the world.