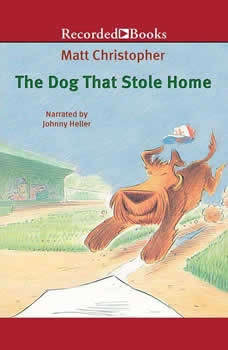 The Dog That Stole Home

What could be better than having a dog that loves to play baseball? A dog that can talk with you through ESP! And Harry the Airedale is a baseball genius who always knows how to help Mike score the winning run. When Harry is grounded for nipping another dog the day of the big game, Mike wonders how he'll ever make it without his advice and encouragement. Can Mike and his teammates find a way to win the final game of the season, or will Harry have to find a way to save the day? Matt Christopher is the author of more than fifty books for children, including Baseball Pals and Challenge at Second Base. Christopher's good-natured, action-packed stories teach valuable lessons about teamwork, determination and friendship.