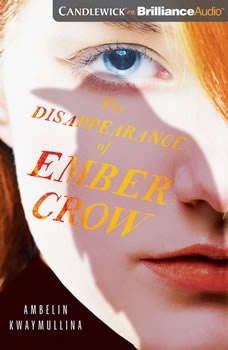 The Disappearance of Ember Crow

In this fast-paced sequel to The Interrogation of Ashala Wolf, Ashala and her friends face a new danger from the least expected source—one of their own.After a daring raid on Detention Center 3 to rescue their trapped peers, Ashala Wolf and her Tribe of fellow Illegals—children with powerful and inexplicable abilities—are once again entrenched in their safe haven, the Firstwood. Existing in alliance with the ancient trees and the giant intelligent lizards known as saurs, the young people of the Tribe do their best to survive and hide. But the new peace is fractured when Ashala’s friend Ember Crow goes missing, leaving only a cryptic message behind. Ember claims to be harboring terrible secrets about her past that could be a threat to the Tribe and all Illegals. Ashala and her boyfriend, Connor, spring into action, but with Ashala’s Sleepwalking ability functioning erratically and unknown enemies lying in wait, leaving the Firstwood is a dangerous proposition. Can Ashala and Connor protect the Tribe and bring Ember home, or must they abandon one to save the other?