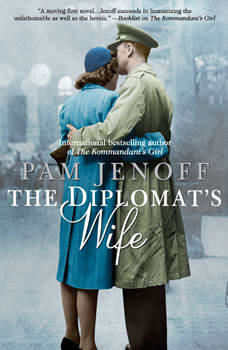 From the New York Times bestselling author of The Orphan's Tale

How have I been lucky enough to come here, to be alive, when so many others are not? I should have died…. But I am here.

1945. Surviving the brutality of a Nazi prison camp, Marta Nederman is lucky to have escaped with her life. Recovering from the horror, she meets Paul, an American soldier who gives her hope of a happier future. But their plans to meet in London are dashed when Paul's plane crashes.

Devastated and pregnant, Marta marries Simon, a caring British diplomat, and glimpses the joy that home and family can bring. But her happiness is threatened when she learns of a Communist spy in British intelligence, and that the one person who can expose the traitor is connected to her past.