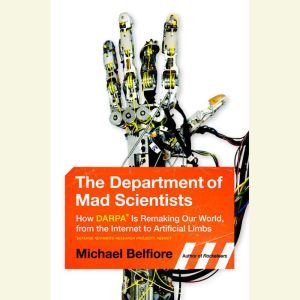 The Department of Mad Scientists: Inside DARPA, the Path-Breaking Government Agency You've Never Heard Of

The first-ever inside look at DARPA—the Defense Advanced Research Projects Agency—the maverick and controversial group whose futuristic work has had amazing civilian and military applications, from the Internet to GPS to driverless cars
America's greatest idea factory isn't Bell Labs, Silicon Valley, or MIT's Media Lab. It's the secretive, Pentagon-led agency known as DARPA. Founded by Eisenhower in response to Sputnik and the Soviet space program, DARPA mixes military officers with sneaker-wearing scientists, seeking paradigm-shifting ideas in varied fields—from energy, robotics, and rockets to peopleless operating rooms, driverless cars, and planes that can fly halfway around the world in just hours. DARPA gave birth to the Internet, GPS, and mind-controlled robotic arms. Its geniuses define future technology for the military and the rest of us.
Michael Belfiore was given unprecedented access to write this first-ever popular account of DARPA. Visiting research sites across the country, he watched scientists in action and talked to the creative, fearlessly ambitious visionaries working for and with DARPA. Much of DARPA's work is classified, and this book is full of material that has barely been reported in the general media. In fact, DARPA estimates that only 2 percent of Americans know much of anything about the agency. This fascinating read demonstrates that DARPA isn't so much frightening as it is inspiring—it is our future. 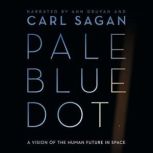 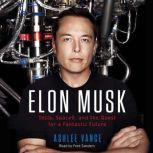 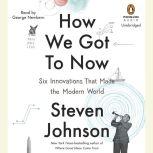 How We Got to Now
by Steven Johnson 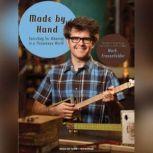 Made by Hand
by Mark Frauenfelder 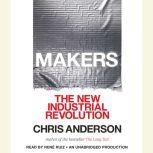