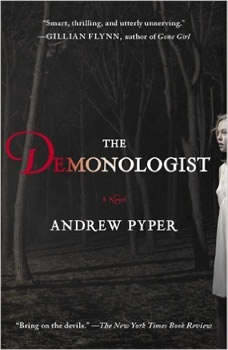 Fans of The Historian won’t be able to put down this spellbinding literary horror story in which a Columbia professor must use his knowledge of demonic mythology to rescue his daughter from the Underworld.Professor David Ullman’s expertise in the literature of the demonic—notably Milton’s Paradise Lost—has won him wide acclaim. But David is not a believer. One afternoon he receives a visitor at his campus office, a strikingly thin woman who offers him an invitation: travel to Venice, Italy, witness a “phenomenon,” and offer his professional opinion, in return for an extravagant sum of money. Needing a fresh start, David accepts and heads to Italy with his beloved twelve-year-old daughter Tess. What happens in Venice will send David on an unimaginable journey from skeptic to true believer, as he opens himself up to the possibility that demons really do exist. In a terrifying quest guided by symbols and riddles from the pages of Paradise Lost, David attempts to rescue his daughter from the Unnamed—a demonic entity that has chosen him as its messenger.