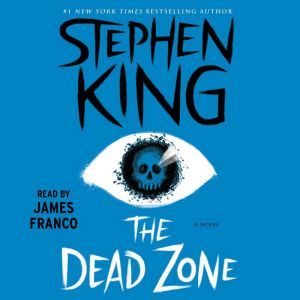 Set in the fictional town of Castle Rock, Maine Never before on audio! A #1 national bestseller about a man who wakes up from a five-year coma able to see people’s futures and the terrible fate awaiting mankind in The Dead Zone—a “compulsive page-turner” (The Atlanta Journal-Constitution).Johnny Smith awakens from a five-year coma after his car accident and discovers that he can see people’s futures and pasts when he touches them. Many consider his talent a gift; Johnny feels cursed. His fiancé married another man during his coma and people clamor for him to solve their problems. When Johnny has a disturbing vision after he shakes the hand of an ambitious and amoral politician, he must decide if he should take drastic action to change the future. The Dead Zone is a “faultlessly paced…continuously engrossing” (Los Angeles Times) novel of second sight.