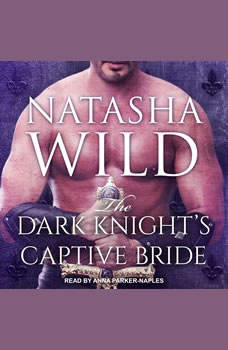 She is the daughter of his enemy . . . and the keeper of his heart. Richard de Claiborne, the dark earl of Dunsmore, serves King Edward Plantagenet well. Sworn to obey his king's every order, he nevertheless chafes at the command he wed the daughter of his enemy—a man who slew his father in cold blood. But King Edward wants peace in his lands, and he will stop at nothing to get it. If he has to order his most powerful Marcher lord to marry a Welsh princess, he considers it a small price to pay. Princess Gwenllian is a political pawn. When she's forced to marry the evil Black Hawk de Claiborne, she quakes at his fierceness and brutality. But she does her duty to her father and her people, knowing she will never surrender to her enemy. In the halls of Black Hawk's great keep, Gwen glimpses a man who can be tender and passionate—and who teaches her about breathtaking sensuality and a desire so great it threatens every vow she ever made to keep her heart locked tight. As war once more looms between Wales and England, Gwen realizes a terrible truth: she's in love with the enemy. When long-buried secrets threaten to destroy her fragile happiness, she must make a terrible choice—or watch the man she loves sacrifice his life to save hers . . . Contains mature themes.

Another Chance to Dream
by Lynn Kurland