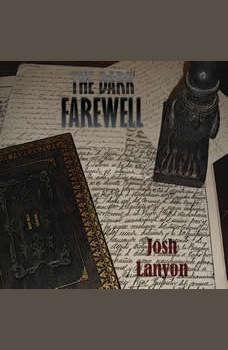 It's the Roaring Twenties. Skirts are short, crime is rampant, and booze is in short supply. Prohibition has hit Little Egypt where newspaper man David Flynn has come to do a follow-up story on the Herrin Massacre. But the massacre isn't the only news in town. Spiritualist Medium Julian Devereux claims to speak to the dead--and he charges a pretty penny for it.Flynn knows a phony when he sees one, and he's convinced Devereux is as fake as a cigar store Indian. And he's absolutely right. But when Julian begins to see bloodstained visions of a serial killer, the only person he can turn to for help is the cynical Mr. Flynn.