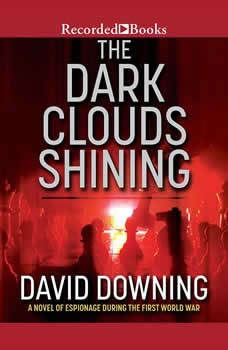 In the fourth and final installment of David Downing's spy series, Jack McColl is sent to Soviet Russia, where the civil war is coming to an end. The Bolsheviks have won but the country is in ruins. With the hopes engendered by the revolution hanging by a thread, plots and betrayals abound. London, 1921: Ex-Secret Service spy Jack McColl is in prison serving time for assaulting a cop. McColl has been embittered by the Great War; he feels betrayed by the country that had sent so many young men to die needlessly. He can't stomach spying for the British Empire anymore. He's also heartbroken. The love of his life, radical journalist Caitlin Hanley, parted ways with him three years earlier so she could offer her services to the Communist revolution in Moscow. Then his former Secret Service boss offers McColl the chance to escape his jail sentence if he takes a dangerous and unofficial assignment in Russia, where McColl is already a wanted man. He would be spying on other spies, sniffing out the truth about MI5 meddling in a high-profile assassination plot. The target is someone McColl cares about and respects. The MI5 agent involved is someone he loathes. With the knowledge that he may be walking into a death trap, McColl sets out for Moscow, the scene of his last heartbreak. Little does he know that his mission will throw him back into Caitlin's life-or that her husband will be one of the men he is trying to hunt down.