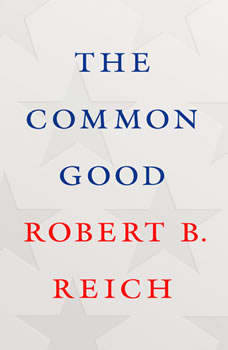 Robert B. Reich makes a powerful case for the expansion of America’s moral imagination. Rooting his argument in common sense and everyday reality, he demonstrates that a common good constitutes the very essence of any society or nation. Societies, he says, undergo virtuous cycles that reinforce the common good as well as vicious cycles that undermine it, one of which America has been experiencing for the past five decades. This process can and must be reversed. But first we need to weigh the moral obligations of citizenship and carefully consider how we relate to honor, shame, patriotism, truth, and the meaning of leadership.

Powerful, urgent, and utterly vital, this is a heartfelt missive from one of our foremost political thinkers.