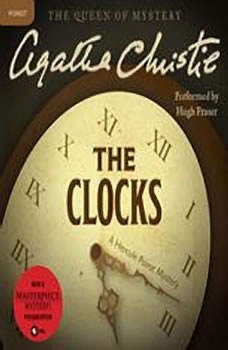 The Clocks: A Hercule Poirot Mystery

Sheila Webb expected to find a respectable blind lady waiting for her at 19 Wilbraham Crescent—not the body of a middle-aged man sprawled across the living room floor. But when old Miss Pebmarsh denies sending for her in the first place, or of owning all the clocks that surround the body, it’s clear that they are going to need a very good detective.“This crime is so complicated that it must be quite simple,” declares Hercule Poirot. But there’s a murderer on the loose, and time is ticking away.…