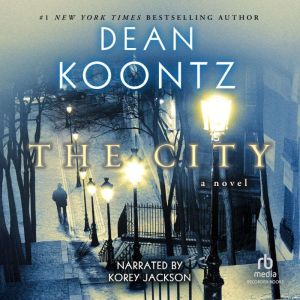 There are millions of stories in the city - some magical, some tragic, others terror-filled or triumphant. Jonah Kirk’s story is all of those things as he draws readers into his life in the city as a young boy, introducing his indomitable grandfather, also a “piano man”; his single mother, a struggling singer; and the heroes, villains, and everyday saints and sinners who make up the fabric of the metropolis in which they live - and who will change the course of Jonah’s life forever. Welcome to The City, a place of evergreen dreams where enchantment and malice entwine, where courage and honor are found in the most unexpected corners and the way forward lies buried deep inside the heart.

What a page turner! No boring lapses whatsoever. Haven't read Koontz in quite a few years but this book makes we want to read everything he's written since i last visited.

This book really held my interest and was a page turner. Never knew what to expect next.

The story picks up where the last one ended after explaing a few details for the sake of the reader thaqt may not have read the first book. Once the story gets going agian it continues to dive into this new world that threatnes to change the world as it has existed. the entire time you are led to beleive that something will go wrong but you are not sure what. As the story climaxs and the answers to the questions you havee had are starting to be asked, Koontz decides to end the book and leave you wanting the third instalment of this modern spin on an old story. worth reading, but be prepared to finish the book desiring the end of the story.