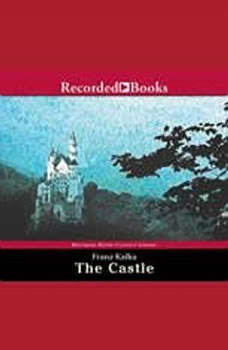 On his deathbed, Franz Kafka asked that all his unpublished manuscripts be burned. Fortunately, his request was ignored, allowing such works as The Trial to earn recognition among the literary masterpieces of the 20th century. This brilliant new translation of The Castle captures comedic elements and visual imagery that earlier interpretations missed. A traveler known only as K. is promised a job as Land-Surveyor by officials of the Castle. But when K. arrives in town to claim his position, he learns that owing to a clerical error, his services aren’t needed after all. Seeking an explanation, K. endures increasingly frustrating setbacks as he strives in vain to simply make contact with someone—anyone—from the Castle. Saturated with absurdist humor, this haunting novel has fascinated and puzzled readers throughout the world. Some critics praise it as the century’s great religious parable, while others interpret it as indisputably antireligious. Critically acclaimed narrator George Guidall sheds light on this dreamlike tale, illuminating the limitless nuances of Kafka’s writing. Translated by Mark Harman.