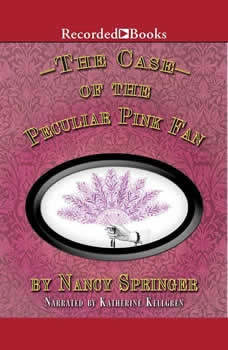 The Case of the Peculiar Pink Fan

Nancy Springer's Enola Holmes mysteries have received glowing praise from Booklist, Kirkus Reviews, School Library Journal and Publishers Weekly. The younger sister of Sherlock and Mycroft Holmes, 14-year-old Enola is no slouch herself when it comes to sleuthing. This time, she must team with Sherlock to rescue Lady Cecily Alistair from a dreadful arranged marriage. "Enola is a plucky, intelligent and altogether delightful character. More please."-Kirkus Reviews

The Case of the Peculiar Pink Fan
Enola Holmes Series #4

The Case of the Missing Marquess
Enola Holmes Series #1

The Case of the Left-Handed Lady
Enola Holmes Series #2