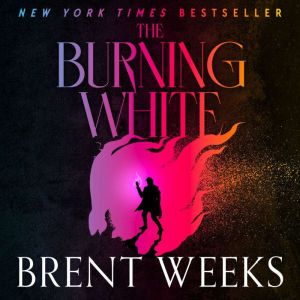 In the stunning conclusion to the epic, New York Times bestselling Lightbringer series by Brent Weeks, kingdoms clash as Kip must finally escape his family's shadow in order to protect the land and people he loves.Gavin Guile, once the most powerful man the world had ever seen, has been laid low. He's lost his magic, and now he is on a suicide mission. Failure will condemn the woman he loves. Success will condemn his entire empire.As the White King springs his great traps and the Chromeria itself is threatened by treason and siege, Kip Guile must gather his forces, rally his allies, and scramble to return for one impossible final stand.The long-awaited epic conclusion of Brent Weeks's New York Times bestselling Lightbringer series.LightbringerThe Black PrismThe Blinding KnifeThe Broken EyeThe Blood MirrorThe Burning WhiteFor more from Brent Weeks, check out:Night AngelThe Way of ShadowsShadow's EdgeBeyond the ShadowsThe Night Angel Trilogy: 10th Anniversary EditionNight Angel: The Complete Trilogy (omnibus)Perfect Shadow: A Night Angel NovellaThe Way of Shadows: The Graphic Novel 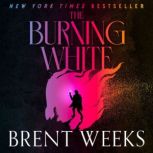