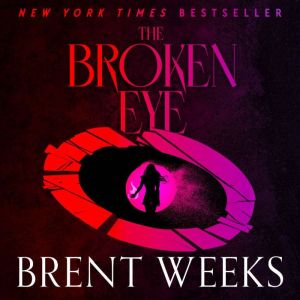 The Broken Eye continues the spectacular Lightbringer series from the New York Times bestselling author of The Black Prism and The Blinding Knife. As the old gods awaken and satrapies splinter, the Chromeria races to find the only man who can still end a civil war before it engulfs the known world. But Gavin Guile has been captured by an old enemy and enslaved on a pirate galley. Worse still, Gavin has lost more than his powers as Prism--he can't use magic at all. Without the protection of his father, Kip Guile will face a master of shadows as his grandfather moves to choose a new Prism and put himself in power. With Teia and Karris, Kip will have to use all his wits to survive a secret war between noble houses, religious factions, rebels, and an ascendant order of hidden assassins called The Broken Eye.Devour this epic, blockbuster fantasy series from the New York Times bestselling author of the Night Angel trilogy. LightbringerThe Black PrismThe Blinding KnifeThe Broken EyeThe Blood MirrorThe Burning WhiteFor more from Brent Weeks, check out:Night AngelThe Way of ShadowsShadow's EdgeBeyond the ShadowsNight Angel: The Complete Trilogy (omnibus)Perfect Shadow: A Night Angel Novella (e-only)The Way of Shadows: The Graphic Novel 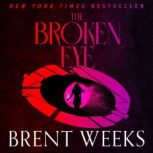