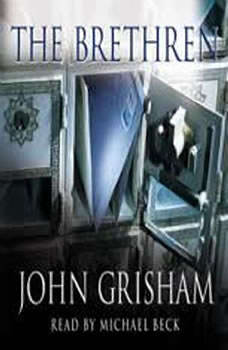 They call themselves the Brethren: three disgraced former judges doing time in a Florida federal prison.

One was sent up for tax evasion. Another, for skimming bingo profits. And the third, for a career-ending drunken joyride.

Meeting daily in the prison law library, taking exercise walks in their boxer shorts, these judges-turned-felons can reminisce about old court cases, dispense a little jailhouse justice, and contemplate where their lives went wrong.

Or they can use their time in prison to get very rich -- very fast. And so they sit, sprawled in the prison library, furiously writing letters, fine-tuning a wickedly brilliant extortion scam ... while events outside their prison walls begin to erupt.

A bizarre presidential election is holding the nation in its grips -- and a powerful government figure is pulling some very hidden strings. For the Brethren, the timing couldn't be better. Because they've just found the perfect victim...