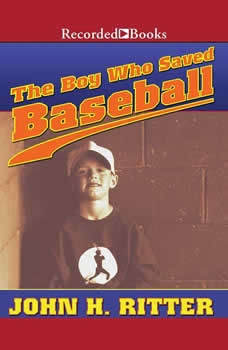 The Boy Who Saved Baseball

In his 3rd book on baseball, John Ritter takes the reader to Dillontown where, through a series of events, the fate of the town rests on the outcome of a baseball game. Tom and a newcomer, Cruz, convince a former Major-League Baseball player to coach the team. The team prepares for the big day by using unorthodox training methods. While the team wins the game, it still takes an unusual set of circumstances to save the town.