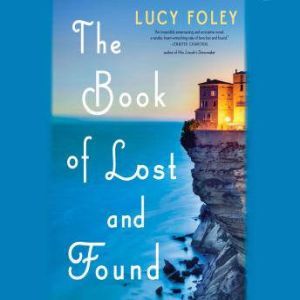 The Book of Lost and Found

From London to Corsica to Paris--as a young woman pursues the truth about her late mother, two captivating love stories unfurl. Kate Darling's enigmatic mother--a once-famous ballerina--has passed away, leaving Kate bereft. When her grandmother falls ill and bequeaths to Kate a small portrait of a woman who bears a striking resemblance to Kate's mother, Kate uncovers a mystery that may upend everything she thought she knew. Kate's journey to find the true identity of the woman in the portrait takes her to some of the world's most iconic and indulgent locales, revealing a love story that began in the wild 1920s and was disrupted by war and could now spark new love for Kate. Alternating between Kate's present-day hunt and voices from the past, THE BOOK OF LOST AND FOUND casts light on family secrets and love-both lost and found.