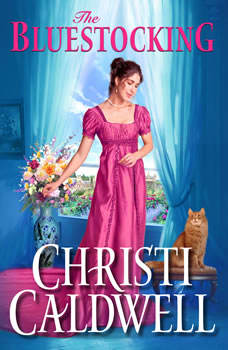 Two damaged hearts learn there’s a fine line between love and hate in a Wicked Wallflowers novel from USA Today bestselling author Christi Caldwell.Gertrude, the eldest Killoran sister, has spent a lifetime being underestimated—especially by her own family. She may seem as vulnerable as a kitten, but given the chance, she can be as fierce as a tiger. Her adopted brother, Stephen, has just been snatched back by his true father, and she’ll be damned if she relinquishes the boy to the man reviled throughout London as the Mad Marquess.Still haunted by a deadly tragedy that left him publicly despised, Lord Edwin holds only hatred for the Killorans—the people he believes kidnapped his son. And not one of them will ever see the boy again. But when Gertrude forces her way into the household and stubbornly insists that she remain as Stephen’s governess, Edwin believes he may have found someone madder than himself.With every moment he shares with the tenderhearted Gertrude, Edwin’s anger softens into admiration…and more. Is it possible that the woman he loathed may be the only person who can heal his broken soul?

What I Did For A Duke
by Julie Anne Long